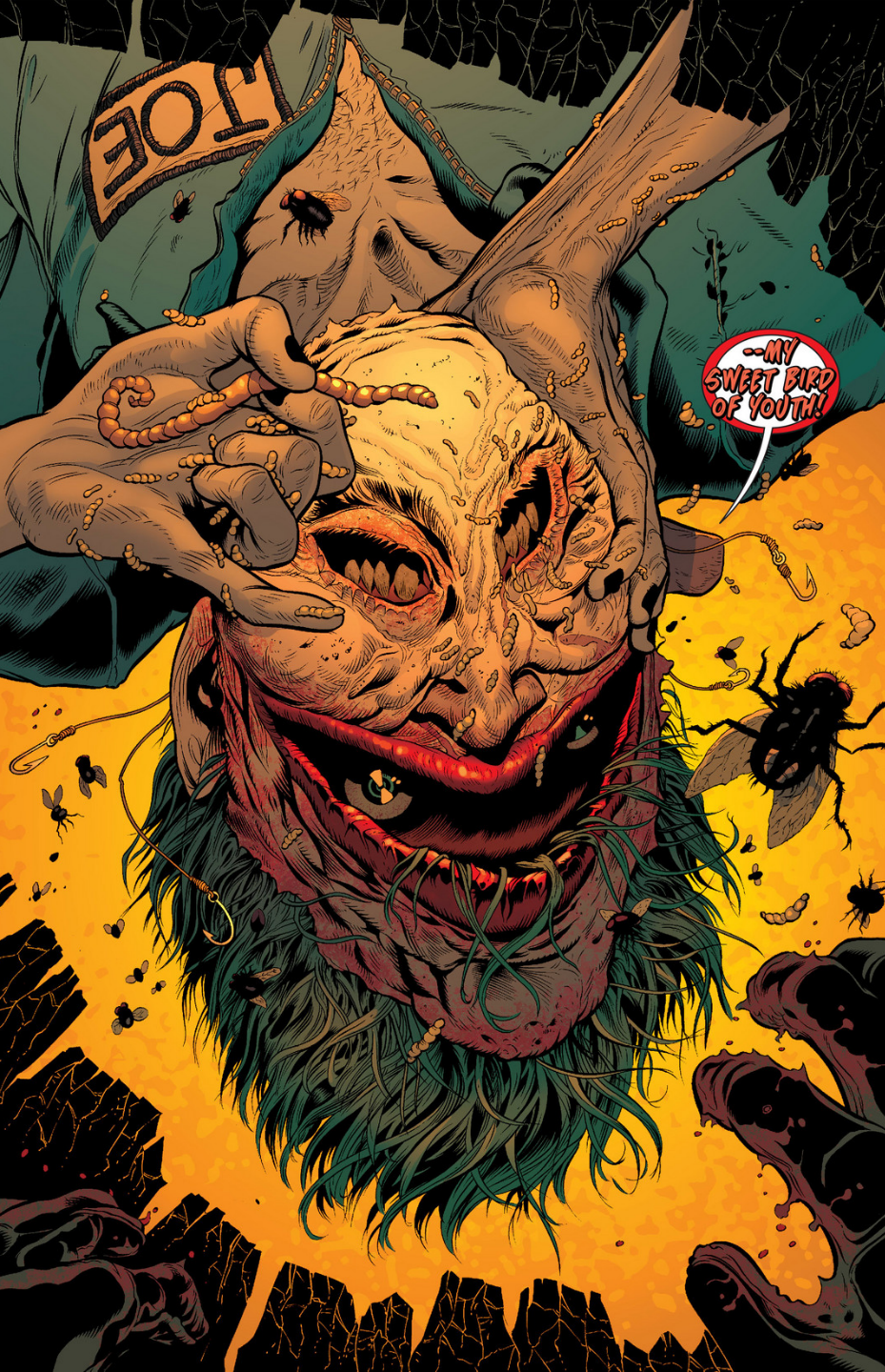 YOu might be wondering what’s going on in here and you are not alone. Fans on our FB page were wondering too untill Mr Fleetwood cleared things. He explained that  “Joker had his face purposely removed.. Upon returning to Gotham he wears it ed gein or leather face style.. Here he’s in a awkward position so he moved his face around right side up  … ” Another of our fans, Mr Feller. adds that “This is when he’s captured Damian. The entire point of the arc is that Joker wants to kill all of Batman’s allies because they are making Batman slow and soft.” There goes the Joker for you and the reasons why he is such a fan favorite. I guess we love crazy.